The exciting news has been announced by Microgaming. Perhaps one of the biggest software providers within the industry will soon to gracing us all with their brand new Lara Croft™game. As part of the 15th-anniversary partnership with the gaming company Square Enix, the slots are spinning back to bring the heroic console here into 2019. Will this be the Most Successful Game of the Year?

Microgaming may already have already made the biggest game for 2019 without having finished the game’s production.

The partnership between both two companies stretches back to 2004 when they produced the first slot game Lara Croft: Tomb Raider™ which put Microgaming firmly on the map of production and ingenuity.

The slot success was huge, given the console’s success of Tomb Raider™ itself. It gave the masses dynamic gameplay on both formats and there were further rewards of this in 2008 as the sequel Tomb Raider: Secret of the Sword™ that again became hugely successful for the online slot.

No official release date has yet been announced, Microgaming confirmed the third installment is in the works. Lara’s return will undoubtedly be Microgaming’s biggest slot to date.

Lara Croft was and still is a huge icon amongst fictional characters. Since she was introduced into the world back in 1996, she has shifted over 67 million units within the video gaming market alone. She has also spawned movie blockbusters to add to her infamy.

Raid the Tomb for a Spoil of Casino Riches 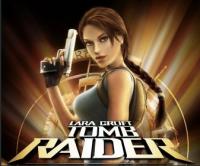 Microgaming may already have already made the biggest game for 2019 without having finished the game’s production. Even if the online slot turned out to be truly awful, there is no denying that the popularity of this franchise would still make it one of the most popular slots ever made.

So what will it offer? In 2008, Tomb Raider: Secret of the Sword™ gave us a 30 line slot with bonuses including free spins and the new super mode feature. The globe adventure bonus came with a 450 times multiplier on your betting stake.

It’s safe to say that the new game will provide more than 4 or 5 bonus features, it may include dynamic animation and most definitely will come as a major jackpot game to play.

When it is released, you will find the game at Africasino, where you can claim a staggering R10,000 welcome bonus + 100 free spins.